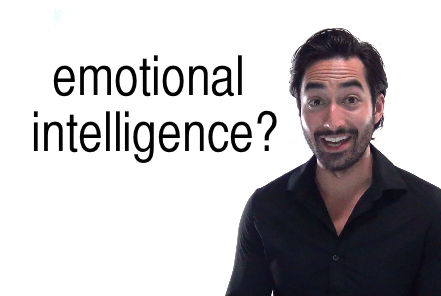 Training for Emotional Intelligence is almost like trying to figure out where your "intuition" comes from.

The scientific explanation tells us that what we refer to as "emotional intelligence", "intuition", or that oh so familiar "gut feeling" we get from time to time comes from a part of our brain called the basal ganglia...

It's responsible for the intuitive decision-making aspect of emotional intelligence that pulls us towards making game-changing decisions in our lives + businesses.

Often times, these decisions are super counterintuitive, and when people ask us something like "how'd you know X would happen right after you did Y?" or "bro, how'd you know she stole from you if you never saw her take anything?" -- the only explanation we end up with sometimes is "I just had a gut feeling about it"...

Some of the most successful business people rely solely on their gut-instinct to tell them which decisions to make or not make.

The only problem with that however, is that it simply isn't a reliable or replicable framework for any business, team, or leader to rely on. Why?

Because this thing we refer to as our "gut feeling" can't be taught. It's comprised of a life-time's worth of deeply held values, beliefs, and information - some of which, is stored in that part of the brain I told you about earlier called the basal ganglia... and everything in that area of our brain is embedded so deeply that often times, we can't even put words to it -- hence the term "it's on the tip of my tongue".

By the way, it's no coincidence that you literally feel it in your gut either. Since we can't put words to some of those counter-intuitive decisions that end up being right on target, our brain searches for an alternative means for us to communicate to ourselves that which we cannot communicate with our regular pattern of language... thus producing a literal "gut feeling". Pretty awesome stuff, eh?

So what's the key take-away?

Intuitive decision making (aka the gut-brain connection) is just one segment of Emotional Intelligence (EI). The reason it's so important to understand where this segment comes from is because some aspects of Emotional Intelligence Training just can't be trained. It would be like asking someone to train you to live your life *exactly* the way someone else has lived theirs... It's pretty damn impossible. So, for those you who lead teams, businesses, people, etc -- STOP telling your team to "follow their gut". It's a cop-out.

What about the other segments of Emotional Intelligence?

There's a wide array of ways to get the Emotional Intelligence training you need to get the edge in your personal or professional life. There are tons of courses and books on emotional intelligence.

I'd start with the books.

And then immediately take action and apply whatever you've learned from those books in the school of life.

Primal Leadership, With a New Preface by the Authors: Unleashing the Power of Emotional Intelligence