the 3 enemies of mastery: meet the dabbler, obsessive & hacker
(from Mastery by George Leonard)

In his book Mastery, George Leonard writes that “we all aspire to mastery, but the path is always long and sometimes rocky, and it promises no quick and easy payoffs. So we look for other paths, each of which attracts a certain type of person.”

Those other paths that Leonard is talking about come in the form of three different personalities: The Dabbler, the Obsessive, and the Hacker.

Let’s go over each of them one by one... 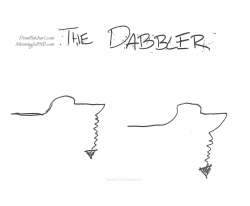 Dabblers love the high that comes from doing something new: new jobs, new hobbies, new relationships, etc. They’ll approach each new sport, career, or relationship with tons of enthusiasm. They tell all their friends; they post about it on social media; they buy all the gear. They love the “shine of newness.” They don’t mind putting in the initial work to learn something new because they find joy in the initial spurts of progress that come with learning the basics of a new skill.

Dabblers love starting new jobs. They’re enthusiastic beyond belief about them. But when the peak begins to wane, they look elsewhere for another opportunity.

Dabblers love learning new sports. They signup for tennis lessons. They buy the freshest gear. The coolest tennis racquet. And they’re elated when they learn how to hit a tennis ball. But when the progress slows, and they realize it’ll take time to perfect their stroke, they decide that maybe it’s better to try a different sport.

Dabblers specialize in excuses and rationalizations. This new job/sport/relationship just isn’t for them… They’re surprised to see sharp stalls in progress. They’ll tell you it’s too competitive, or that it’s not competitive enough. They’ll say it’s too boring. Or too dangerous. Or they suddenly realize they don’t have the time for it or something. And then, after they’ve adequately rationalized why they should quit, the Dabbler does what they always do: set their sights on something new. 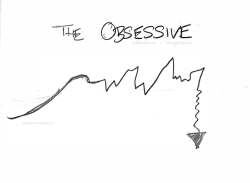 All they care about is results, results, results—and fast. So when they hit plateaus, they are just as appalled as the Dabbler. But rather than quitting, they double down. They ignore the fact that mastery takes sustained effort over time. They don’t mind putting in the effort, but they’ve got a problem with putting in the time—they want to get the tennis stroke right and hit the ball perfectly from their very first lesson. And when they can’t? They push even harder.

The Obsessive becomes so obsessed with results that they don’t even realize they’re undermining themselves in the long run with these types of shortcuts.

The Obsessive is a lot like the typical bottom-line corporate executive we see today. They strive to keep the profit curve angled upward at any cost, even if it means massive lay-offs, sacrificing research and development, and bailing on long-term planning and profitability. The Obsessive wants results NOW, damnit!

You can’t master calculus if you don’t master algebra. If you never properly learn to juggle three balls, you’ll inevitably drop everything when you try to juggle four. But the Obsessive refuses to understand this. They reject that mastery is cumulative—that it requires a solid foundation. And it hurts them terribly over the long run. 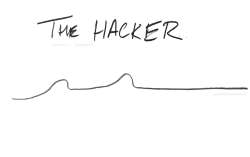 The third personality, the Hacker, is a bit different. Hackers begin reasonably well and make decent progress, but at a certain point, they stop caring. Once they’ve learned enough to feel comfortable with their situation, they stop trying to improve.

Hackers are happy with the status quo. Sometimes they don’t even realize they’ve put themselves in cruise control; they may think they’re performing their job rather well and so have no idea why they’re never promoted.

A single individual might possess one, two, or all three of these personas in different situations. But no matter which style you embody, you’ll still end up far short of mastery if you don’t break the habits associated with them…

Here’s a great way to start…

If living a meaningful life is important to you, then it’s important to learn about the concept of mastery—the constant and never-ending pursuit of growth, knowledge, expertise and experience in a chosen area of your life.

In my view, there’s nothing more fulfilling than contributing to the lives of others doing something you’re great at and care about. Mastery helps you do that.

But as gratifying as the path of mastery can be, it can also be incredibly difficult… And at times, you may be tempted to bail on mastery and settle for mediocrity. Understanding these three personas will help you stay on the path of success—the path of mastery.

PS: If you're diggin' all this mastery-talk, check out the full book summary for Mastery by George Leonard here.