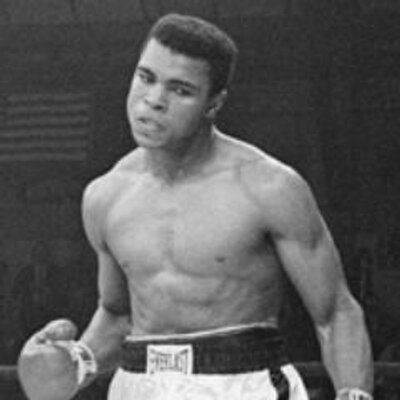 Back since the earliest days of boxing, experts relied on what they called the “tales of the tape” to predict how successful a given athlete’s boxing career may or may-not be. The “tales of the tape” were a series of physical measurements that included the fighter’s fist, reach, chest expansion, and weight… This process, they believed, would help them figure out who would dominate in the boxing ring.

And guess what? Muhammad Ali failed all of his measurements across the board. They put him in the “failure” bucket—because, as Carol Dweck explains in her phenomenal book, Mindset (get summary here)—Muhammad Ali “was not a natural.” Not by a long shot—at least according to the “tales of the tape” yardstick.

So what was it about Ali that contributed to his insanely successful boxing career? What made him one of the greatest boxers of all time? How’d he end up beating Sonny Liston; especially when, all things considered, Liston out-classed Ali across every conceivable physical metric. And to put a cherry on top—Liston was also a naturally talented fighter. But he was still defeated by Ali despite these advantages. How?

Prefer audio? Click below, listen via podcast • listen on iTunes

The secret to Muhammad Ali’s success

The great secret behind Ali’s success wasn’t brawn, it was brains—he possessed what Dr. Carol Dweck refers to as a “growth mindset.”

Let’s explain exactly what it means to have a growth mindset, and how you can develop one of your own to achieve greater success within your own life.

Dr. Dweck writes that Muhammad Ali’s iconic boxing career had much more to do with his growth-oriented psychology as opposed to the widely accepted—yet erroneous—predictor of success: physical talent

“[Muhammad Ali] was not a natural. He had great speed but he didn’t have the physique of a great fighter, he didn’t have the strength, and he didn’t have the classical moves. In fact, he boxed all wrong. He didn’t block punches with his arms and elbows. He punched in rallies like an amateur. He kept his jaw exposed [see photo above]. He pulled back his torso to evade the impact of oncoming punches, which Jose Torres [former colleague of Ali] said was ‘like someone in the middle of a train tack trying to avoid being hit by an oncoming train, not by moving to one or the other side of the track, but by running backwards.’”

“Sony Liston, Ali’s adversary, was a natural. He had it all—the size, the strength, and the experience. His power was legendary. It was unimaginable that Ali could beat Sonny Liston. The matchup was so ludicrous that the arena was only half full for the fight.”

"…Ali’s brilliance was his mind. His brains, not his brawn. He sized up his opponent and went for his mental jugular. Not only did he study Liston’s fighting style, but he closely observed what kind of person Listen was out of the ring:

When he was asked about his preparation for the fight, Ali said:

“I read everything I could where he had been interviewed. I talked with people who had been around him or had talked with him. I would lay in bed and put all of the things together and think about them, and try to get a picture of how his mind worked.”

Then he’d use everything he’d learned about his opponent to wage psychological warfare against him. (Side note: Arnold Schwarzenegger used to do the same thing.)

Back to Dr. Dweck’s insights from Mindset:

"Why did Ali appear to ‘go crazy’ before each fight? Because […] he knew that a knockout punch is the one they don’t see coming. Ali said,

‘Liston had to believe that I was crazy. That I was capable of doing anything. he couldn’t see nothing to me at all but mouth and that’s all I wanted him to see!’"

Your hands can’t hit what your eyes can’t see.

Ali’s win over Liston made boxing history. The interesting thing about Ali, was how much of a paradox he was. Physically speaking, his performance in the ring was totally off. But psychologically speaking, he was sharper than a CutCo.

Ali helps us understand that the growth mindset is about rising strong regardless of how lackluster his physical endowments may have been. Instead of looking in the mirror and saying, “I’m not good enough to be a champion;” instead he said, “I’m going to use a different path to achieve greatness.” And he did…

He showed everyone that success comes first and foremost from the gem between your ears.

Victories come from the head, not from the fist.