In his book, Learned Optimism, author Martin Seligman makes a great distinction between the Optimist and the Pessimist: 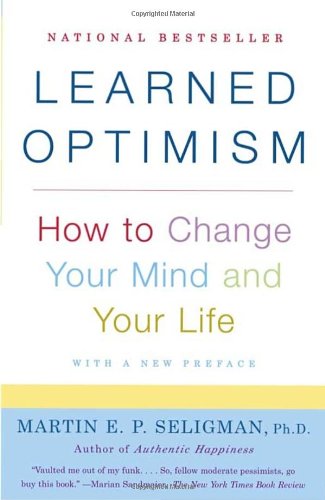 " The optimists and the pessimists: I have been studying them for the past twenty-five years. The defining characteristic of pessimists is that they tend to believe bad events will last a long time, will undermine everything they do, and are their own fault. The optimists, who are confronted with the same hard knocks of this world, think about misfortune in the opposite way. They tend to believe defeat is just a temporary setback, that its causes are confined to this one case. The optimists believe defeat is not their fault: Circumstances, bad luck, or other people brought it about. Such people are unfazed by defeat. Confronted by a bad situation, they perceive it as a challenge and try harder.

" I have seen that, in tests of hundreds of thousands of people, a surprisingly large number will be found to be deep-dyed pessimists and another large portion will have serious, debilitating tendencies towards pessimism. I have learned that it is not always easy to know if you are a pessimist, and that far more people than realize it are living in this shadow.

" A pessimistic attitude may seem so deeply rooted as to be permanent. I have found, however, that pessimism is escapable. Pessimists can in fact learn to be optimists, and not through mindless devices like whistling a happy tune or mouthing platitudes…but by learning a new set of cognitive skills. Far from being the creations of boosters or of the popular media, these skills were discovered in the laboratories and clinics of leading psychologists and psychiatrists and then rigorously validated.

Have you ever thought about the fact that we're used to having labels imposed on us about pretty much everything in life?

We label one another (and ourselves) as:

There are so few things in this world that are so black and white that they deserve to be labeled in this way.

But the beauty of it all is that it's totally up to us which ones we want to reinforce in our lives.

So, since we're going to be self-identifying with these types of labels anyway, we might as well try to reinforce the good ones rather than the bad ones.

Here's an example to illustrate the aforementioned exercise:

Let's say you hand in a report at work. You walk into work the next day, and your boss makes you aware of some spelling mistakes on the report you handed in the day before, and asks you to correct them.

Pessimistic people might say to themselves:  "Gosh! I'm so stupid! I always screw things up, and it'll probably happen again next time, too."

Optimistic people might say this instead:  "Whoops! Those were some stupid errors. I'll fix them right away and do my best to ensure it doesn't happen again."

The pessimist has not only identified themselves as "stupid" but they've also pulled references from the past to reinforce their stupidity.

The optimist, on the other hand, does NOT identify as stupid at all.

They may have made a "stupid error", but that doesn't make them stupid!

All they need to do is fix it and move on.