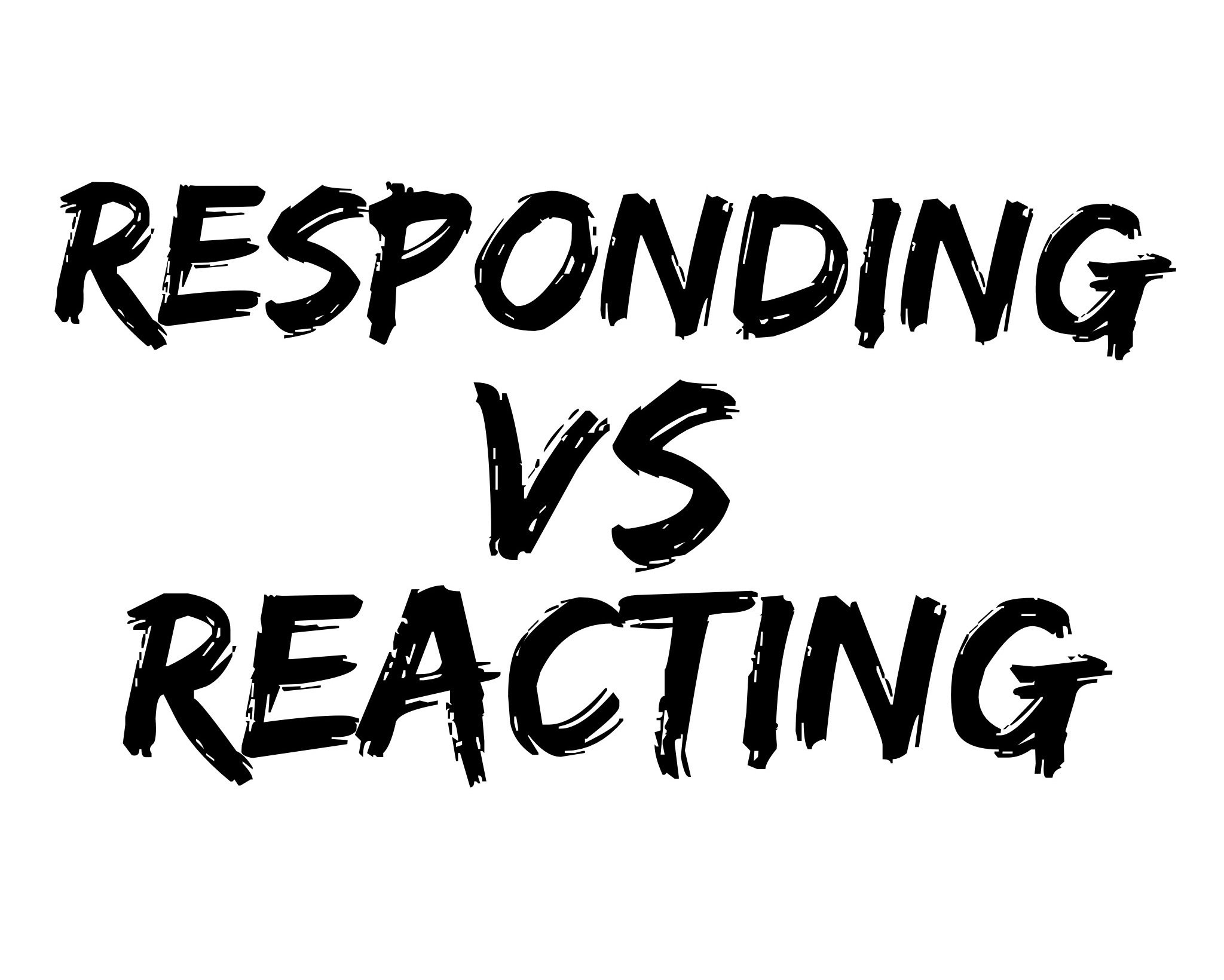 Respond Rather Than React

We’ve all been there–you’re driving along, on your way to work, minding your own business. Then all of sudden–some chump comes out of nowhere and cuts you off on the highway so abruptly that you have to hit your breaks to make sure you don’t rear-end him by mistake.

How do we react?

We fly off the handle. Flip him the bird. Curse him out.

And then once we get to work, we tell everyone we can tell all about the jackass that cut us off on the highway. “What a jerk,” we say, “People like that make me so mad.”

You know what the best part about all of this is?

The guy that cut us off on the highway has got absolutely NO CLUE how much of an impact he’s had on our day!

That right there, is an excellent example of someone who reacts to life rather than responds to life.

I think all of us have been stuck in a pattern like this at some point in time. And that’s okay.

The key, I believe, is to respond rather than react.

Respond rather than react

Rather than allowing your thoughts to arise and your body to react to them — try using the pause between stimulus and response to determine your next most effective course of action. Don’t let frivolous thoughts and the everyday situations of life control you.

More often than not, most folks live in thought-less reaction; reacting to things without pausing — almost as if we were programmed to behave that way. Although gut-reactions can be a good thing sometimes — say, when we’re running away from a lion or something — it’s not necessarily always a good thing. Especially when it doesn’t help us feel any better.

When we respond rather than react, we take a moment to pause, perceive, and proceed based on what we really believe to be the next best course of action.

So next time you get angry and are tempted to react — just take a moment before acting out irrationally.

Watch the irrational temptation to act irrationally arise, and then just let it go away.

Of course, this is easier said then done. But like everything worthwhile, it takes a little practice. And some situations might be easier to respond to than others. But don’t let up… watch it happen, then respond accordingly.

The last thing you want to do is allow yourself to become a victim of your environment (aka: living in reaction).

You have the power of choice. And that makes you the author of your own destiny.