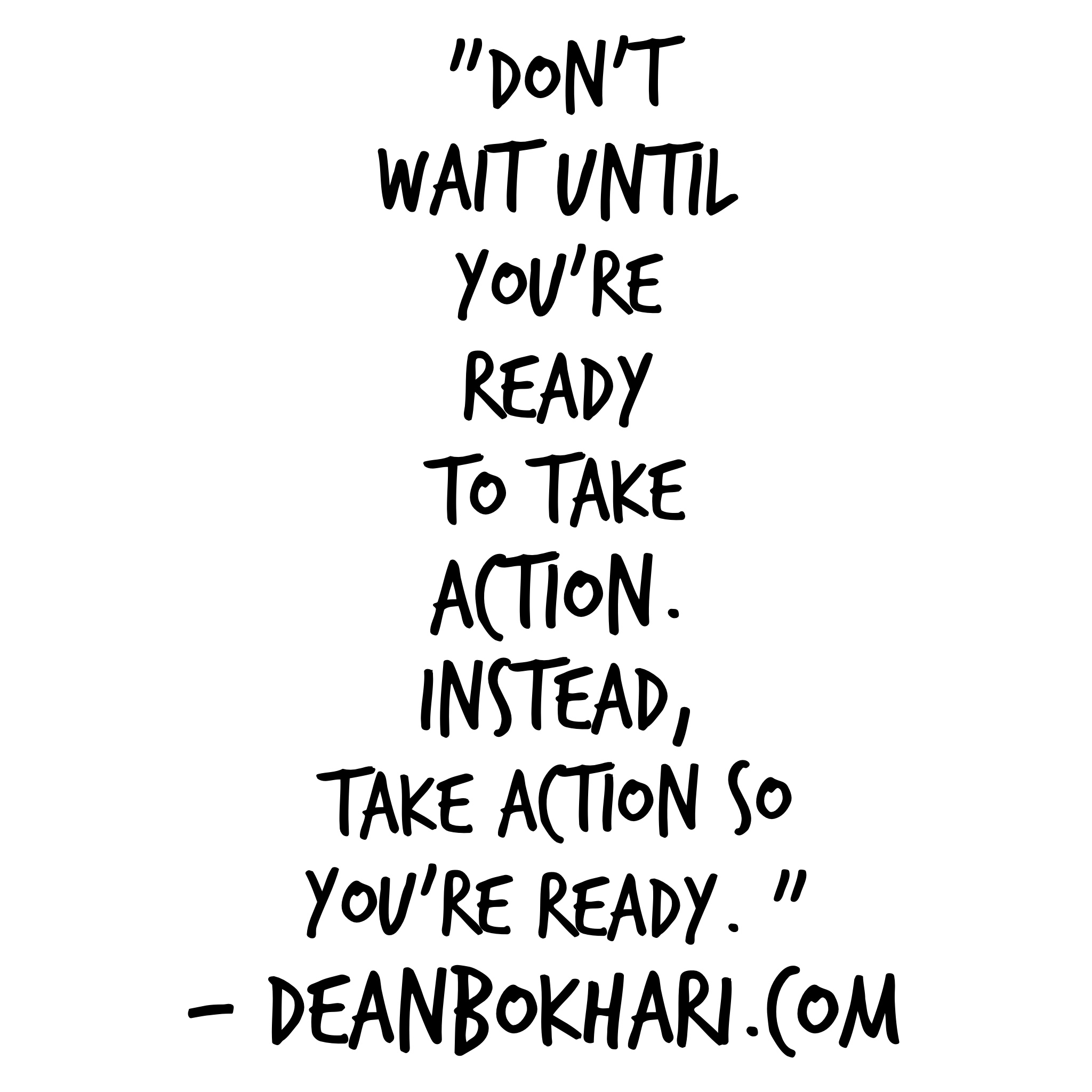 EP121: Take action • listen below or listen on itunes

What’s stopping you from taking action on your ideas, dreams, and greatest goals in life?

Are you afraid of uncertainty?

Are you afraid you’ll fail and fall flat on your face?

Are you afraid of what might happen if you “leave it all behind” in pursuit of something greater?

Fear… It freezes people in place.

And there’s only one way to avoid becoming frozen in place by fear—we must take action.

The only way to overcome fear is to cultivate the courage to take action. Some people think that courage means not having fear. But that’s not true.

Courage isn’t about not having fear, it’s about feeling the fear and taking action anyway.—Click to tweet

“Action may not always bring happiness, but there is no happiness without action.”

You know why the classic advice about “getting out of your comfort zone” will always be relevant?

Because most people will choose to remain within their comfort-zones—working jobs they don’t love, staying in relationships with people they don’t love, and doing the same mundane things they don’t love—all in an effort to avoid the short-term discomfort of figuring out how to live a more fulfilling life.

But doesn’t that lead to regret?

And the pain of regret weighs tons when compared to the short-term pain of discipline, which weighs just ounces.

What if you developed the discipline of taking deliberate action on what you desire and deserve out of life? How could your life be different?

How much more could you get out of it if you took more action?

I know it change my own life dramatically once I decided to STOP dreaming about my dreams, and to START taking action on them.

Yes—dare to dream. But back it up, also, by daring to take action.

Because the distance between our dreams and reality is bridged by developing the habit of doing—the habit, of taking action.

What can you take action on?

What’s one thing that you’ve been wanting to take action on in your life, but have been putting off over and over again for whatever reason?

Is it a phone call? A job application? A serious conversation with someone that matters?

If you’ve been waiting for the “right time” to take action on something important, bear in mind that there is no such thing as a “right time”—circumstances will rarely align as we want them to align.

Challenge yourself today, to choose ONE thing you’ve been wanting to take action on—then do it. Make the phone call. Start the application. Schedule the conversation.