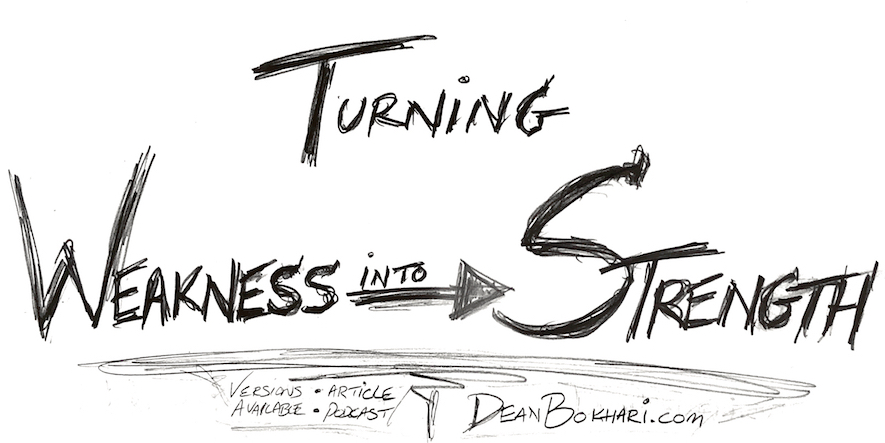 A few days ago, the wife and I found out that our two year-old, Nora—who’d been coughing and crying and causing all kinds of chaos—had caught pneumonia. So, we took her to our pediatrician, who wrote up a script for some antibiotics. And from there, we drove over to the local CVS.

I park the car, make my way inside.

As I walk in and head towards the pharmacy section in the back, I’m greeted by a calm pharmacist named George.

I notice that he’s the only guy there, which is a bit unusual because they usually have at least 2–3 people back there—one or two employees taking new orders, and one pharmacist filling them.

In any case, this means that our friend Georgie Porgie is doing much more than usual.

- lookup the customer in the system and make any modifications for them if necessary—new health insurance, change of address, etc.

- then, he needs to lookup the person’s prescription and check if the pharmacy even has the drug that needs to be filled in their inventory

- and if the prescription is for something crazy—like a bunch of OxyContin or Percocet or Hydrocodone (or all three )—he needs to make sure the customer isn’t behaving like an addict with a bunch of prescriptions written by Dr. Feel Good from the pill mill across the street

- and finally, after all of that, he then gets to go and do what he’s actually being paid for—to fill the prescription, distribute the drug, and answer customer questions if they’ve got any.

I give George the prescription, and as he’s looking it up, I tell him that I’m getting it filled for my 2-year old with pneumonia. He chats with me a bit, and I tell him about how crazy the week has been for my wife and me (which it has been – especially since we just got back from a 7-day trip to NY, and I’d been planning to hit the ground running and get straight back to work the morning after landing… But when you’ve got a sick baby, you’ve got a sick baby.)

George looks back up from the computer screen, and asks me when I’d like to pick up my prescription.

I tell him I’d like to wait for it.

He says, “No problem,” and tells me it’ll be about 15–20 minutes, which is their standard reply for waiting customers when it’s not busy at the pharmacy…

But a some-what lengthy line (of maybe four or five people) had formed behind me since I’d first walked in, which prompted me to think I’d probably be there waiting for way longer than 20 minutes.

I was a little annoyed, but no big deal.

The line didn’t seem to bother George at all, though.

I grabbed a seat near the counter and started doing some casual observing as he quickly, calmly, and cheerfully took the next customer in line.

I watched George as he handled each and every customer, one-by-one, with incredible speed and efficiency—smiling the whole time, and leaving each person in line with a small piece of his own pleasant disposition. And from my vantage point, it didn’t seem like a single person in line was rushed along—they were just handled with some magical combination of speed and elegance.

I sat there and watched George handle everyone in line in a matter minutes (five tops.)

And somehow—between his line of waiting customers, between taking new orders, and grabbing filled prescriptions for people who were picking up—between all of this, he still managed to fill Nora’s prescription, and before I knew it, he was waving me up to come and get it.

Now, I don’t know if he was filling Nora’s meds bit-by-bit between running back and forth between the customers at the counter and the inventory section, or whether he had a body double back there, but the man was operating at peak productivity.

While I was paying, I complimented him on his pharmacy-ninja-skills, and said, “Dude, this is the fastest pharmacy experience I’ve ever had—usually you guys have at least two or three employees back here!”

He let out a quick chuckle, and then calmly looked at me and said, “When you’ve only got one arm, you need to prove you’re better than several people combined—just to get the job.”

Did I mention George only has one arm?

George the pharmacist is a shining example of someone who turned weakness into strength.

He took his circumstance (the lack or loss of a limb) and decided he would be better with one arm than most people are with two.

He reversed his weakness and transformed it into strength.

And you can do the same.

What’s one perceived “limitation” that you have right now that’s holding you back from being your best?

And how can you ensure that—as much as you can help it—you never let your situations become your limitations?

Afraid you can’t keep a job because you don’t have a car? Get on the bus, grab an Uber, ride a bicycle, take the train, run if you need to — and do whatever it takes to get there earlier than everyone else, every single day no matter what. Before you know you’ll get yourself promoted and you’ll get yourself that car.

Have you felt so nervous, so anxious, so self-conscious about public speaking for so long that you crumble at the very thought of giving a quick presentation at work? Or delivering a toast at your best friend’s wedding? Or delivering a full-on speech in front a large group of people? Have you always wanted to speak confidently but held yourself back because you thought it was some sort of “weakness?” Go read some books on public speaking, go take some speaking courses, and start practicing and working on your speaking skills until you transform it from weakness to strength. Before you know it you’ll no longer crumble, but conquer, as you inspire the crowd.

In his book, Skin in the Game Nassim Taleb writes about how, if for some reason he had to undergo surgery, and had his pick of surgeons, he would always choose the scraggly, unkempt-looking surgeon over the polished one with Ivy League degrees on his wall any day….

This is because often times, someone working in an industry who doesn’t fit a commonly accepted stereotype for that industry might in fact be better suited for it than anyone else. They may not look like they can do the job well, but do it well they can.

This is because they needed to work harder to hone their skills, beat the credentials of those around them, and get past stereotypes about their aptitude.

Thanks to the presence of some skin in the game—that is, a willingness to risk professional failure in pursuit of success—they achieved what others didn’t think they were capable of… They turned perceived weakness into strength and skill.

The myth of playing to your strengths

Some folks may say you should abandon your weaknesses and play purely to your strengths instead—to avoid anything you suck at and focus only what you’re good at.

But life is not so binary.

Sure, playing to your strengths is usually a smart move. But it doesn’t have to be the only move.

If you’re a bodybuilder with a strong, striated chest, but lackluster lats and calves comparable to that of a chicken — well, you won’t have much of a career because you lack symmetry. Unless you decide to chisel away at those weaker body parts until they become as strong as your chest…

But does this mean you stop working your chest, and instead focus purely on working your lats and calves? Of course not!

You work towards bringing everything up to par such that it helps to strengthen the whole.

This means keeping up with your strengths, while at the same time bringing your weaknesses up to speed.

Especially if you’re a pharmacist named George who decided that healthcare and medicine were his strong-suit, which led him to play to his strengths by getting a degree in the field, and eventually becoming a pharmacist.

But what do you do when you lose an arm?

Should you abandon everything?

Not if you can help it.

George chose to take his “weakness” of having only one arm, and train it until it eventually became a strength. And he’s the fastest, sharpest, most pleasant pharmacist I’ve ever met.

George could have just as easily given up on his career—even his life.

But he chose a different path.

And so can you.