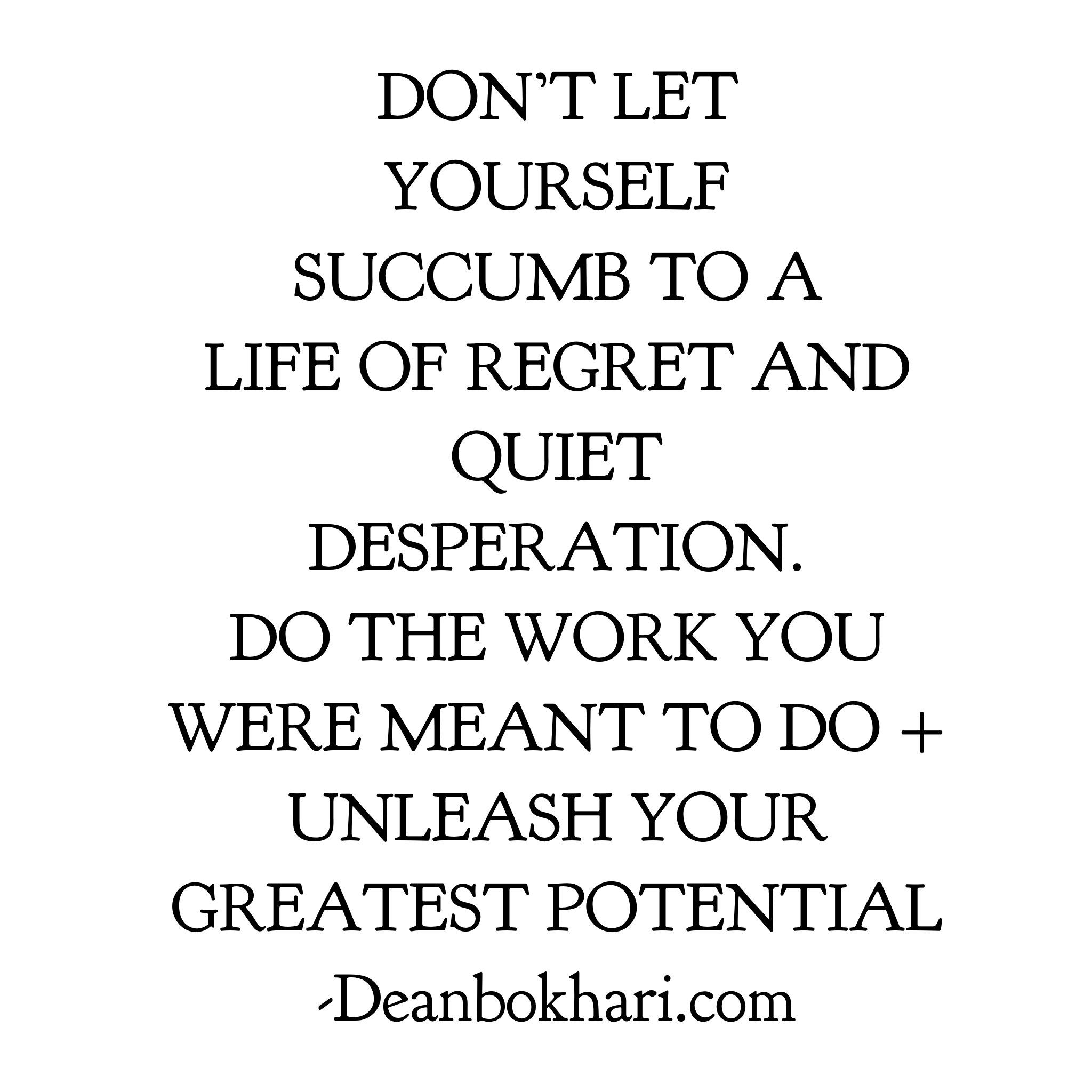 3 steps to embracing the struggle, living your dreams, and succeeding in spite of fear.

Have you ever had a dream that you wanted to pursue — but didn’t?

Have you ever had a great idea with lots of potential — but failed to take action on making it happen?

Have you ever started a new gym routine, diet, project or program of any kind — but failed to follow through on it?

If you answered “yes” to any of the aforementioned questions, then you’re in the same boat as everyone else — suffering from what author Steven Pressfield refers to as “Resistance.”

In his book, The War of Art, Pressfield tells us that ”Most of us have two lives. The life we live, and the unlived life within us. Between the two stands Resistance.”

..we try to break away from something old (a bad habit, a crappy career) in search of something new and better.

Here are some popular and prevalent examples of Resistance:

Resistance is that voice that says…

“…I can always start my new diet tomorrow, but for now, let’s have one last slice of pizza.”

Anything that requires any amount of willpower, discipline, or fear-facing is a threat to Resistance. And Resistance doesn’t like that very much.

Resistance is the very thing that prevents us from doing what we’re meant to do more than anything else.

Resistance isn’t personal either. It doesn’t play favorites and it has the power to hinder us from living the fulfilling life we desire and deserve…

But only if we let it.

Even the best and most experienced among us feel Resistance on a regular basis.

For example, Pressfield writes about how actor/entertainer Henry Fonda would throw up prior to every performance. I didn’t even know who the hell Henry Fonda was before I read about him in The War of Art.

(Apparently, he was a big-time broadway actor back in the early 1900’s.)

Did Resistance stop him? Hell-to-the-no it didn’t. He battled with Resistance prior to every single show.

And he won every battle with it by accepting the fact that it was a natural occurrence for anyone doing anything that they deeply care for and give a damn about.

At this point, it’s likely you’ve made some observations about Resistance…

All of the these — especially that one about fear — adequately describe the various forms of Resistance.

As Pressfield tells us:

“Resistance’s goal is not to wound or disable. Resistance aims to kill. Its target is the epicenter of our being: our genius, our soul, the unique and priceless gift we were put on earth to give and that no one else has but us. Resistance means business. When we fight it, we are in a war to the death.”

So how do we win the war?

There are 3 steps to crushing Resistance…

“Rule of thumb: The more important a call or action is to our soul’s evolution, the more Resistance we will feel toward pursuing it.” —Steven Pressfield, from The War of Art

So, how do we crush Resistance? By keeping the following 3 things in mind:

1. Define your dreams (whatever you want to do most in life)

What were you put on this planet to do? If you don’t know, now’s a good time to figure it out. If you’re having a hard time picking between multiple passions and purposes, just pick ONE direction and go with it for long enough to decide if it’s worth pursuing for a longer. Were you put on the planet to be a painter, a scientist, a writer, an entrepreneur?—What were you put here to do? The question can only be answered by action. Do it or don’t do it.

2. Stay committed to your craft

If there is one thing I know with every bone in my body, it’s this: every single one of us has something great and unique to contribute to the world. And if you’re reading/listening to this–yes–that means YOU, too.

Unfortunately however, many of us don’t contribute our greatest gifts… Because we’re afraid of failure, or being judged, or being unable to recover if we fall down and get hurt. But things are almost never as bad as we make them out to be in the prison cell between our ears. If you’ve got something special to share with the world, and you don’t do something with it, then you’re not just denying yourself out of something special–you’re denying us ALL out of something special. And what a shame that would be. You are alive to make a meaningful mark that’s uniquely yours and no one else’s. So the question is this: are you doing it or are you not? The choice is yours. It always has been, and it always will be.

Accept the fact that Resistance is something you’re going to have to live with, and that the best way to prevent it from paralyzing you, is to face it, feel it, and take action in spite of it.

Here’s what it comes down to in the end: It doesn’t matter whether your goals are entrepreneurial or whether they’re artistic, if you want to tap into the highest version of yourself, then you need to feel the fear and do your work in spite of it…

Figure out whatever field you operate best within — whether that’s a stage, an office, or an Olympic swimming pool is totally up to you. It’s just important that you figure it out. Because if we want to live the happiest, most creative, and most inspiring lives we’re capable of living — then we’ve got to tap into our highest point of contribution…

And in order to do that — in order tap into the best part of ourselves — we’ve got to push past Resistance, become dedicated Professionals, and show up every single day — ready and willing — to DO OUR. WORK.

Don’t let yourself succumb to a life of regret and quiet desperation. Do the work you were meant to do + unleash your greatest potential —click-to-tweet

If you want to fail to live your dreams, simply do the opposite of the three things I’ve outlined above.

If you want to live your dreams and fulfill your highest potential, embrace resistance with gusto, knowing that there’s no such thing as success without struggle.